Summer may be coming to an end, but Miranda Kenneally’s The Pick-Up is heating things up. Kenneally, who is no stranger to writing romance novels, focused her efforts on a time-sensitive love story set in Chicago for her latest work. Main characters Mari and TJ serve as the quirky, complex couple who meet in a rideshare on the way to Lollapalooza. While both characters are rooted in their respective shyness and insecurity, they take a chance on each other at the music festival, marking the sudden beginning of what Mari thinks is a summer fling. TJ, however, wants to pursue something more serious, despite him and Mari being from different states. The stakes are high, the time is short and the drama is abundant in The Pick-Up making for a delightful, fast-paced read.

My new book THE PICK-UP is out Tuesday!! pic.twitter.com/wJ9qSlk95P

— Miranda Kenneally FOUR DAYS OF YOU AND ME out now! (@MirandaKennealy) September 4, 2021

Mari is sweet, shy and scarred by witnessing her parents’ divorce. She’s against relationships and has sworn off having a serious relationship because of what she’s been through. TJ is also sweet and shy, but insecure when it comes to talking to girls. His brother, Tyler, is a regular ladies’ man, which is intimidating to TJ. Naturally, when Mari and TJ’s paths cross in a rideshare, they’re each attracted to each other. The challenge they face throughout the novel is fighting their urges to be anti-relationship, for Mari, and awkward, for TJ. They click well together as characters and stretch each other’s comfort zones.

Their relationship develops quickly in an undeniable insta-love way. It’s sweet and lighthearted, but TJ also helps Mari deal with her feelings about her parents. He listens to her and comforts her, genuinely expressing his care, which in turn helps Mari grow and gain confidence in talking to her dad, who lives in Chicago. TJ and Mari have their differences, but Kenneally writes them in a way that is productive to their relationship.

The Pick-Up also features family as a focal point. Mari’s character is notably impacted by her parents’ divorce. Her mother, who Mari lives with in Tennessee, has a history of abuse and anger issues following her divorce. Mari has been the target of her mother’s issues, and thus has a difficult time leaving Tennessee and even talking to her father. She resents her father for abandoning her in Tennessee, so going to Chicago to visit him, her step-sister Sierra and her step-mother is difficult.

This resentment is something Mari tackles in The Pick-Up. She forms a strong friendship with Sierra, who tries her best to include Mari. Sierra also advocates for Mari to stay in Chicago, and this is especially true after Mari reveals how dire her situation in Tennessee is. Mari also builds the courage to be honest with her father about how she feels, and the two of them have a heart-to-heart toward the end of the story. Ultimately, Mari’s arc ends in her being able to live in Chicago while her dad figures out how to keep Mari safe and away from her mom. Kenneally does an incredible job of writing the complex family dynamic without over-dramatizing it, making Mari’s story the most compelling one of the novel.

The Pick-Up has the perfect mix of flirtatious fun, emotional weight and memorable characters. Mari and TJ have an adorable love affair that turns into a full-fledged relationship by the end of the story. The sisterly bond between Sierra and Mari is also a highlight of The Pick-Up, healing the bond between Mari and her father. Overall, The Pick-Up is a surprisingly complex story that’s well-written and fast-paced. Kenneally packs a lot of content into 304 pages, but it never feels undeveloped or too dense. The Pick-Up is a perfect read for the end of the summer, especially if you love cheesy romance novels. 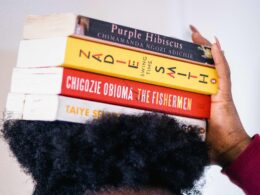