19&YOU is a four-piece indie pop band that formed during the pandemic due to a mix up that left the group together in Australia (read more about the band’s origins and vision here). Noah Taylor (producer and keyboardist), Liam Wallis (drums), Jackson Leitch (guitar) and Cameron “Cam” Graves (vocals) came together, connected by their passion for their project. The quartet spent two weeks together, creating what they exclusively shared would become their self-titled debut EP.

“Our debut EP ’19&YOU’ touches on heartbreak, transition and longing,” the group shared.

“19&YOU” is a quality debut album, full of cohesive and impressive tracks. The industry backing behind the production is obvious in the crisp, clear and carefully mastered instrumentals, at a point in the group’s career when many would be releasing much more awkwardly cut tracks. With their debut EP, 19&YOU make a case for the longevity of their work and the brightness of their futures, taking listeners to highs, lows and the fun moments with friends in between.

PART OF YOU (with Carlie Hanson)

The group opens the EP with their third single off the project, “PART OF YOU (with Carlie Hanson).” It showed that 19&YOU can run with some big names in the industry. The group pulled Carlie Hanson — a peer and friend of stars like Charlie XCX and Kim Petras, fresh off the release of her own album — a collaborator. They also tapped Mick Coogan as a writer, who is responsible for tracks from stars like Bad Bunny and Aly & AJ. Mick’s credits with COIN are incredibly fitting, as their music is similar to 19&YOU’s sound. The group also recorded the single in the EastWest Studios, the place where stars like Rihanna, Lady Gaga, My Chemical Romance, Rage Against the Machine, Macy Gray, and The Beach Boys laid their most famous works, though Noah had explained that he has a studio in the place where they’re living. Keith Munson (Assistant Studio Manager) also offered recording engineer work, as someone who’s worked with Earl Sweatshirt and John Legend.

“PART OF YOU (with Carlie Hanson)” is clearly revolving around a relationship had in Australia. “I said your accent sounds/Like a song that I wish; I had written/Bondi by your side was everything…” they sing. Noah had flown out to Australia to be with a girl when he met and formed the group. The group had shared that they completely avoid combining their experiences in their music, but it’s more difficult to pinpoint whether it was Noah, Cam or Liam (who were studying abroad in the apartment where Noah crashed) who led to the single.

They’re focusing on the fact that someone can leave you physically, but remain with you emotionally. The music video (directed by John Esparza) even includes homemade clips from the group, “I thought livin’ somewhere brand new/Maybe I would get you/Out of my head… There’s a part of you I thought movin’ to the west coast…” Carlie’s quintessential indie sound creates a gravely base as she is introduced, singing about more delicate moments. Her voice works well when layered with Cam’s creating a bold sound.

Using a collaboration as a lead-off track is a bit risky, but the song does set the scene for the group departing from Australia and heading to the West Coast — It’s not only their band’s story, but it frames the EP.

19&YOU also opted to record “PART OF YOU” with just Cam singing, no Carlie. The solo song allows the listener to appreciate the sharpness of the bright production and Cam’s voice. The absence of Carlie’s voice is certainly obvious in an almost awkward way to those who grew accustomed to listening to the original single. However, this does exemplify the meaning of the song — Carlie’s voice is gone, but the awareness of her presence lingers.

Again, it’s risky to include this as the second track. However, the group is somewhat currently catering to their existing listening base, and these are already loyal fans. The band described the form of community they wanted to foster, so releasing the cut with just them may serve these listeners. Additionally, the track would be out of place elsewhere in the listing.

The first unreleased track from the EP, and the final one writte, “ADRENALINE” is a more sultry track. The accompanying music video is darker than the saturated lighting of the previous releases. The mixing engineer was Charlie Holmes, who is responsible for tracks from the likes of Louis Tomlinson, Decklan Mckenna and Peach Tree Rascals. The mastering engineer was Simon Francis, who’s made projects with The Academic and Kodaline.

The entire song is taunting in a way that completely diverges from the other, poppier songs. There’s a borderline Chase Atlantic (an Australian group, funnily enough) feel to the song. It works very well and leaves listeners aware that 19&YOU is capable of a range of sounds. “ADRENALINE” is a rush.

The shift at 1:56 is very much like LANY’s 2016 “kinda” album, immediately making the connection between the two groups present. The track centers around people who could be together, but the partner is being smothering in the eyes of the flip-flopping narrator, “ This expertly sets the EP up for the later single “BORED!” which is all about someone doing the same thing. “RUNNIN’” is all about times when it’s easier to flee than face the uncomfortable truth.

The second non-single track on the project, “JUST FRIENDS” is all about finally crossing that barrier and admitting there’s something more to a relationship, “I don’t know what it is but, I think we can both see…I don’t wanna pretend we’re just friends…It isn’t healthy/We both know where this thing is going/Don’t gotta tell me/What’s stopping us from getting lost in each other right now.” The instrumentals fit well with the other tracks on the EP, with a fast-paced and upbeat sound. Anja Kotar joined Noah as the writer on this one (Noah had previously produced Anja’s work). Spike, Matt and Simon all worked in the production of this track as well.

Cam sings about the way you read into every detail possible when dancing around the truth surrounding tension, “Got that letter, I still check/Signed it with love/So are you in love…We go out of our way to sit a little too close,” and the ridiculous gestures made, “You stayed up late in your night/Just to say hi…Cancelled my flight from LA so I could drive/To see you just for a day.”

The third single off the project is all about the dichotomy between what the heart desires and the mind knows is healthy. Spike, Matt and Simon also worked on this single.

It’s wrong to be with the person anymore, but the comfort and familiarity can be difficult to release. Jealousy, longing, denial, guilt and nostalgia can all well up in a person, “Wakin’ up at two, missin’ you and bein’ by your side/Know I shouldn’t call…Keep your head or keep your heart, can only save one/Don’t act like it wasn’t love and say you felt none/I know that it hurts, but babe, we had a good run.”

The second single from the EP, “BORED!” is about a relationship where someone is refusing to settle, leaving their partner feeling wounded and adrift. “Liam pointed out the unique and specific value of the instrumentals, particularly on ‘BORED!’ The consistency of the beat and the semi-spoken word performance makes it sound like a relationship that is starting and stopping…The group shared that ‘BORED!’ was one of the first songs they made together that really pushed boundaries…Cam’s breakup served as the catalyst for ‘BORED!’…” (Read more here.)

The concluding and title track of the EP has a mix of their heartbroken and playful approaches. Spike, Matt and Simon did also lend their talents to this single, working on the majority of the debut project.

“19&YOU” opens with a rising instrumental sound that is incredibly reminiscent of Harry Styles’ “Falling” (Spike did mix “Falling”). The group does have a series on their TikTok where they discuss their favorite instances of interpolation in music, so perhaps this was more than a coincidence. The music shifts into their classic sound, as Cam sings, “I’m alone with my thoughts in my room/Hanging out with the memory of you…”

Though the group discussed their deep love of The 1975 and interest in emulating their fan-focused business model, it seems as though the group does not plan to recreate a “19&YOU” track on each album. The band name and title is worked into the song as a sorrowfully sing lyric, focusing on the feeling of plans changing, growing up and apart, “I miss when we used to talk late/Now I can’t remember your face/Nineteen and you/Left me too soon.”

This may be the end of the track and EP, but it is just the beginning of 19&YOU.

You can stream “19&YOU” everywhere now! 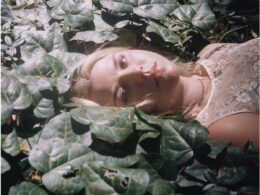 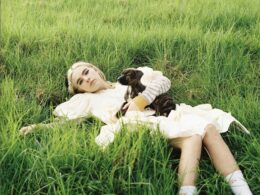