A Guide To A Successful Comeback
Advertisement

Taking a break from life is only human. So it’s no wonder overworked artists stop to take a breather before burning out. This is exactly what 5 Seconds of Summer, also known as 5SOS, did. After their big break followed by the release of their album “Sounds Good Feels Good”, the four Australian musicians went on to touring the world for almost two years. Between busy schedules, the constant performing, and attempts to keep a social life, they were headed down a toxic path. It was only when they realized how mentally and physically drained they were that they decided to take a hiatus to recharge and, most importantly, become creatively inspired again.

In the span of almost two years, the band got to rekindle their love for music and use their passion to create new songs. They started working on their new album, now known as “Youngblood”, almost immediately after getting a few weeks to rest. They knew that they were taking a risk, virtually dissapearing when they had just “reached their peak”, but it was a risk worth taking. Their dedicated and passionate fan base, often referred to as the 5SOSFam, were determined to hang in there until the hiatus was over. They were convinced that what awaited them was an incredible album. And they weren’t wrong.

5 Seconds of Summer’s new album “Youngblood” is taking the world by storm — even debuting as number one for the third time in Australia.

But how does an artist manage to keep an audience and the mainstream music industry interested in them after being gone so long? How is that trust regained?

Musicians with a predominantly young fan base are known to amaze. Just take a look at how Directioners keep supporting the individual solo artists after their hiatus, keeping the hope alive that they’ll return as a band. Fans become invested in celebrities and their personalities. It’s evident that, now more than ever, we are closer to the things and people around us. Creativity is often what drives a band’s audience to create art themselves and the inspiration they get from their favourite albums can have a massive impact on their lives. It is a way to escape daily struggles and nuisances. So it only makes sense that fans become attached. They feel like they’re apart of their world. This may be why they’re willing to put their trust in them and, when required, wait for them to return.

The most fascinating impact of modern fanculture is mostly thanks to social media. It allows fans to stay connected to their favourite celebrities and to see them in a different light. We, of course, know of instances where this trust has been abused. The way you treat your audience and interact with them thus can make or break your entire career.

This is where 5SOS did absolutely the right thing. They’ve always been known to update their fans accordingly and give them content almost daily to enjoy. Because they started their careers as teenagers themselves, they know the importance of a social media presence. Their friendship as a band is so real and it makes people see them as friends, rather than just celebrities. They don’t shy away from talking about mental health issues, which a lot of their fans can relate to. They’ve established honesty and authenticiy from the get-go. It only makes sense that their hiatus doesn’t change that.

Even when they’re on holiday, they take a second to tweet an update or take a quick video. These might be small gestures, but fans care about that. They appreciate the efforts these guys go through in order to keep them in the loop. The stress they put on staying humble and true to themselves is what draws fans in. This is why their fans didn’t leave as soon as they stopped being active or on tour. They knew they’d come back.

I’m beyond proud of 5SOS and everything that #Youngblood has achieved so far. This song has reached way bigger audience than we all expected. Even people that don’t listen to 5SOS, keep on messaging me saying “this band of yours has new song and it’s fire”! My heart is happy ♥️

It’s safe to say that 5 Seconds of Summer are headed on a steady path to success and longevity as a band. They have set a great example of how to make a comeback, and I can’t wait to hear what they have in store for the future.

In this article:#fandom, 5 seconds of summer, 5sos, 5sosfam, fan, music, want you back, YOUNGBLOOD
Up Next: 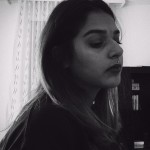