Every year, new dystopian novels and their following series are released to bookstores around the globe. Many have similar tales of corrupt government systems and an unlikely heroine who saves the day…every time. This repetitive cycle of predictable outcomes has given the dystopian genre a bad rap in terms of lack of creativity and originality. With this said, Victoria Aveyard’s debut dystopian novel and its accompanying series breaks this overused and predictable trend.

Red Queen tells the story of Mare Barrow, a commoner who is forced to live in a society dictated by blood—literally! In her society, the silver-blooded elite—dubbed Silvers—are royalty and view themselves as literal gods because they possess superhuman abilities. The red-blooded plebeians are forced to live in impoverished villages and face war drafts if they remain jobless. Mare is a poor thief who steals to scrape together money and supplies for her family. Since all her older brothers have been drafted into the deadly war, the jobless Mare knows her draft time is near. She fears for her family’s stability after she is forced to join the war, leaving her poor parents with the only child spared from the war. However, despair turns into hope as Mare is mysteriously afforded the opportunity to work as a servant at the Silver palace near her town. Her joy quickly retreats after her once dormant powers surface. The king forces her to take on the role of a “lost and then found” Silver princess. Mare will never see her family again and must pretend to be the very thing she hates—a Silver royal. She must trust her heart and try not to be blinded by emotions. Mare does not know what truly lies ahead, nor the reader.

Aveyard’s novel is a beautiful masterpiece that uses cliché dystopian novel themes to its advantage and provides for one of the biggest twists in the dystopian genre. The novel mixes superpowers with a dystopian society and crafts an extremely inventive tale of a heroine who must overcome all odds, not just for herself, but for her people. The relatable accounts of Mare, her family and friends allow you to be sucked into a world of powerful corruption and deceit. Aveyard expertly develops characters that are dynamic and relatable. The author thrills your book-loving heart with bits and pieces of romance, violence and heartache. She does not leave any emotion untouched. You will feel anger, joy, fear, and overall confusion (especially at the jaw-dropping twist). Her writing artfully reflects today’s societal issues of inequality, poverty, warfare, unfair distribution, and the power of the media—whether it be online or on paper. You will undoubtedly find a piece of yourself within Mare Barrow. Hands down, the Red Queen series is one of the best!

The Banning of LGBTQ Literature Needs to Stop 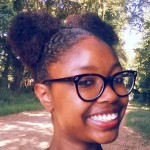