Bunbury Music Festival is a weekend-long festival held in Cincinnati, Ohio every year at the beginning of the summer.

This year it was June 1, 2 and 3. It attracts thousands of people not only from the Tri-State Area (Ohio, Kentucky and Indiana) but all over the country. Artists like The 1975, The Killers, twenty one pilots, Weezer, Death Cab for Cutie, Walk the Moon, fun., MGMT, Fall Out Boy, The Flaming Lips, The Black Keys, Tame Impala, Snoop Dog, deadmau5, Florence and the Machine, Wiz Khalifa, Bassnectar and Muse have headlined various years of the festival since its inaugural year in 2012.

I have gone to Bunbury many years (although some years I decided to forgo buying a ticket and listened to sets from the nearby Purple People Bridge. Although I couldn’t necessarily see the stage, it was free so of course I did it) and this year I thought the lineup was especially good.

The headliners for Bunbury 2018 were supposed to be blink-182, Jack White, Post Malone, incubus and The Chainsmokers. However, much to my dismay, blink-182 pulled out because of “unforeseen circumstances”.

One of my favorite things about music festivals is discovering new artists to listen to and love. On the first day of the festival, Friday, I saw The Wrecks, a Los-Angeles-based indie rock group that got their start by sneaking into a studio and making a song with zero professional mixing experience. If you’re a fan of alternative music radio stations, you’ve probably heard their most popular song, “Favorite Liar”. They are a super energetic band and their eclectic stage presence was a great way to kick off the festival.

Also on Friday, I saw The Front Bottoms, an indie duo from New Jersey whose music is oddly reminiscent of the “talking-singing-rap” style of Flobots, and LANY, a Los-Angeles-based indie pop band similar to The 1975.

Fitz and the Tantrums performed a standout set that was probably one of my favorites the whole weekend. Their chemistry as a band not only made them more energetic performers but also amped up the crowd’s excitement.

Young the Giant delivered a solid performance Friday as well, performing some of the most popular songs from their latest album.

To close the night was by far the most lackluster performance of the weekend: The Chainsmokers. They sounded exactly as they do in the studio, save for a few extra deejaying sound bites from the one half of the duo that never gets to talk. In all fairness, they were as good as you can be when you’re just playing the studio version of your songs because the actual famous people singing on them aren’t there. It kind of reminded me of Bassnectar from Bunbury 2017 where all the songs blended together for the whole set. Maybe that’s because they use the same melody for every song or maybe I was really just that disinterested. EDM isn’t really my thing either, which probably swayed my opinion of them going in any way. The highlights of their set were playing “Last Resort” by Papa Roach and “Zombie” by the Cranberries. The singer’s voice on “Zombie” wasn’t actually half bad and I think he paid good tribute to Dolores (rest in peace). The worst part of their performance wasn’t even them, it was the 16-year-old straight white girls who passionately pushed their way from the back all the way to the front, making a lot of people mad. I didn’t even know there were people that loved The Chainsmokers that much.

I came back on Saturday ready to see some of my favorite artists, including Misterwives, Andrew McMahon in the Wilderness and Foster the People.

Misterwives were incredible live, and their sheer energy and talent really shined. Everyone was literally shining too because of how hot it was outside.

I had seen Andrew McMahon in the Wilderness before at the Alternative Press Music Awards last year, but seeing them perform to such a large audience at the festival really changed my perspective on them as live performers. Their message was one of positivity and happiness and they played one of my favorites, “Cecilia And The Satellite”.

A R I Z O N A was one band that I had heard of prior to the festival but never actually had listened to their music. I was pleasantly surprised at their talent and sound. They were very mellow and, like LANY, they reminded me of a less drug-induced The 1975.

The standout performance of the entire weekend was most definitely Foster the People. Every single one of their songs had the crowd going wild, even the drunk white people next to me who only recognized the band when they played their most famous song “Pumped Up Kicks”. The lights and blue/green/red visuals are worth noting because they added something to their performance that took it to the next level and made me really happy. My only issue with their set was the fact that they played a random new and not very well known song as their closer, instead of their more popular “Pumped Up Kicks” or even “Sit Next To Me” from their newer album.

Bunbury 2018 had an amazing lineup and all in all was a great weekend. And if you were upset about not being able to see blink-182, have no fear: they will be headlining in 2019.

Until then, listen to this playlist with hits from my favorites sets of the festival:

Teen to Teen Interview: The Regrettes Are The Rock Band Not Afraid To Show Emotion

How Gen Z Artists Are Killing the Game At Gov Ball (Billie Eilish, The Regrettes) 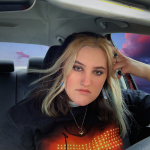 Journalist with a passion for writing, making videos and traveling the world. Connect on Twitter and Instagram @aaaugustaaa