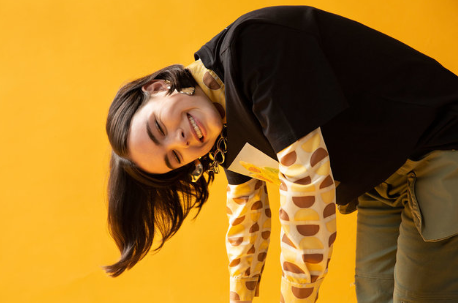 Benne is a breakout indie star who has amassed over 25 million streams on her hit  “Soaked” alone and is still wowing fans with her EP “FIRE ON MARZZ” (you can read my interview with her about the EP here). She has been touring the US all autumn and will continue to do so with indie pop sensation Conan Gray. With the release of Benee’s latest hit “Find An Island”, she continues her pattern of dropping poppy and punchy songs.

“Find An Island” opens with the chorus, “Find an island far away from me (Hey!)/A shipwreck lost at sea/Where nobody goes, no search party (Hey!)/Nobody knows but me.” The beat of the chorus mirrors the way a boat rocks on the ocean, tying in with the tropical and oceanic themes to the hit. The chorus differs from the rest of the verses in the song, as it makes Benee’s plan to go to an island almost sounds enticing. The rest of the song uses a darker tone to relay the underlying emotions of resentment and exhaustion.

As the next verse begins with a slower rhythm the meaning of the song begins to gain clarity,“Both shared a single rope/Trying to stay afloat/The treasure that you blew/When I was tied to you/We reeled each other in/Got caught up in the wind/Our sails, they pulled too hard/And we fell off our raft.”

Hey dere! If ya didn’t know FIND AN ISLAND is out erywhere 💦

The rest of the verses continue with these themes, with Benee singing in the second verse, “Slowly you drifted off/Putting us on the rocks/No longer want to know/Where you make plans to go I built this boat to last/You chose to move too fast/A storm has swept right through/And washed away of you.” Benee seems to grapple with the idea of removing someone who is bothering her, all while utilizing nautical lyrics and wordplay. The beginning of the chorus is even repeatedly punctuated with a ship bell ringing. In sailing, the ringing of bells signals time passing. In the context of this song, it could indicate time in a relationship passing as it grows tense and stale.

This song could be about an unhealthy relationship and is likely assumed to be by the average listener. However, in an interview with “Coup De Main,” appropriate for the title of the Magazine, Benee surprised readers by explaining that the song was inspired by a “tiny little argument” with her guitarist. “Find An Island” is swinging and sultry song about removing negative people from your mind and life.

You can listen to “Find An Island” everywhere now.

An Interview with Pop Star on the Rise Devin Kennedy: “You & Me, That’s Enough”