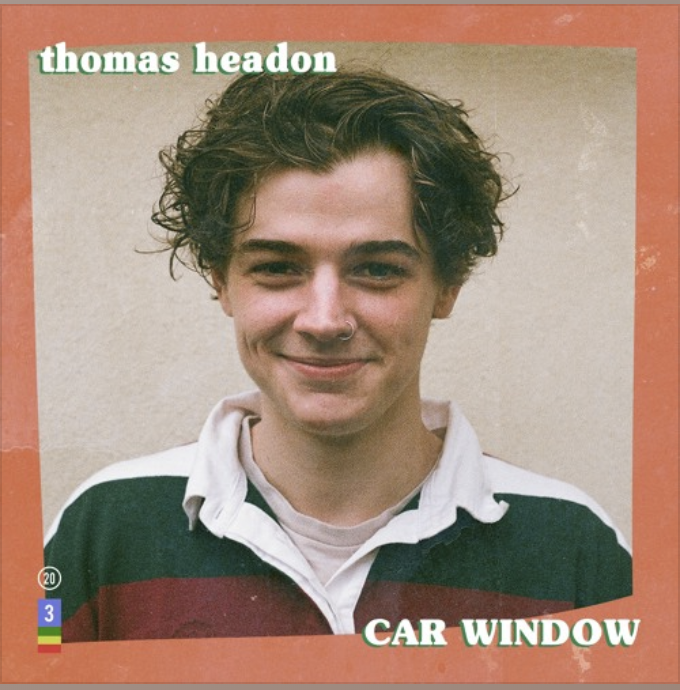 Thomas Headon is a 19-year-old musician from Australia who has taken the internet by storm with only two songs (read more about him and his song “Clean Me Up” here). His latest track for his excited fans is “Car Window.”

The beat is made up of guitar and a trap beat with crackling radio static twinges, both remain consistent. It sounds as though a person should be bopping up and down to the lyrics, as Thomas continues, “Kinda looks like I’ve seen her before, but then again I think I see the same girl every day/They  become the same/I wouldn’t care if she stared a little longer/She’s kind of cute, but maybe she’s thinking that I look strange/Is my hair okay?”

The song’s next verse begins seamlessly, as Thomas sings, “And is a red light really a good time to find/Someone to fall for/Only by eyesight/Definitely not but I know that I will,” The bouncing guitar and snare that have been creating the sole background music get a single beat in the spotlight Thomas continues, “And is it the right time to be in love for a night?/I don’t know her name, but she’s still on my mind /I break my own heart through a window, still.”

ok a few things: – car window is out at midnight tonight wherever u are on whatever u listen on – tickets to the London headline show are on sale tomorrow at 8am GMT via link in my bio – ok thats all thanks love u xo

Thomas continues, “Maybe she’s thinking of me-” his own voice cuts in to tell him “doubt it” as the song smoothly continues, “Maybe that’s something she’d do-” it cuts in again to say “probably not” as he continues yet again, “She’s looking for me in a song that she’ll write about the one guy that she saw at the red light/I think unlikely, she’s probably far away now/The lights have changed/And I’ll never be the same.

A trumpet solo concludes the song, with parts of the chorus softly layered underneath it, sounding as though it’s coming from a radio in a car. Thomas finishes by speaking, “Basically think I’m in love with her now,” and laughing, sounding as though he’s speaking to a friend.

Swinging speaking, almost bordering on spoken word or rap in some portions of the song, the song takes a wistful stream of consciousness approach that is anxious yet optimistic.  “Car Window” is a fresh take on a missed meet-cute that’s all about ignoring the red flags and the red light.

You can stream “Car Window” everywhere.