“Do you think of yourself as a human being or a human doing?” It was a question that I hadn’t thought about before. The more I considered this question, however, the more I realized that I was the latter. I am a human doing because as I spend more of my life constantly creating, I have begun defining myself based on what I do as a consequence.

Art is a visceral process. You take parts of yourself and make them pretty (or harsh) enough that the world will pay attention. Especially with the new digitization of the art world, through various social media and video platforms, it’s obvious that artists are now serving an invisible, online audience everywhere, all the time. Art or performance quality is now determined by the number of shares and likes it gets.

Comedian Bo Burnham spoke on similar conflicts in his 2016 Netflix special Make Happy. He criticizes social media companies’ roles in encouraging 24/7 performances, by offering a convenient and often addictive way for users to constantly show off their actions and experiences to hundreds and thousands of people, out of their own volition.

Perhaps the digitization of creativity taps into the urge to not only always be doing something, but to also be doing something that other people will approve of. Because some people, myself included, may not be simply content with how we just exist.

That’s why I don’t see myself as so much of a human being at the moment (not literally, of course). I want my art to be liked, and as a result, I want to be liked: as a human doing, not as a human just being.

As a creator, I sometimes feel as if everything I create must be perfect because I am not. If I don’t produce something that people like, then I don’t deserve or earn the validation. There is a need to compensate for the fact that my art comes from me. I care more for people to love my art than to understand me as a person.

I don’t mind being a human doing, though, because ultimately, I do like creating. But I also want to be okay with just being myself. The question is: how do you reconcile that? How do you get to the point where you don’t need to feel liked anymore, and you can just be yourself?

Here’s my answer to this question from the perspective of a human doing.

The biggest thing is to be okay with bad work. By “bad,” I mean products that aren’t flawless the very first time. Forcing yourself to achieve perfection on your first try, without allowing yourself to make mistakes, becomes incredibly suffocating.

Write out a sucky first draft, draw a messy first sketch, practice or sing mistakes without muffling yourself. Just because you produce something less than perfect doesn’t mean you don’t deserve recognition as an artist. It takes great mental strength and effort to continue to create, and that is something in and of itself that should be celebrated.

Getting away from the mindset that perfection is the only way to earn love also takes time. You will need to make things over and over again, with some of them “failing” by Internet standards. That might mean getting fewer reblogs or retweets, or not popping onto a trending page. Stick to your craft, whatever it is, and do not let it go just because some of your creations might not do as well online as others. In the end, look back on your progress, but don’t criticize yourself too much. Use the growth you find as inspiration for the future.

Additionally, like Burnham said, if you can live your life without an audience, then you should try to do that. This doesn’t mean completely isolating yourself, but instead just shifting focus. Prioritize your desires and aspirations as an artist, and turn your back on the crowd. As an artist, only you know yourself the best, and that is the instinct you should listen to.

One final tip would be to take inspiration and advice from your elders. Some people have been in the field much longer than you have and therefore have more perspective when it comes to desiring validation. These older artists probably have gone through similar struggles as you have.

This was a topic of conversation in The Late Show host Stephen Colbert’s interview with comedian John Mulaney, regarding their anxieties as performers.

“From an early age, I tried to be funny for the adults…my mom said, ‘When you were a baby, you used to poke your head out of blankets…It was like you knew how to be cute,’” Mulaney said in this interview. “The idea of ‘would they like me just as me,’ without poking out of the blanket, metaphorically, is a real thought or concern.”

Truthfully, I am far from reaching the point where I’m secure enough in my own work that I don’t care whether or not I am liked. My work mingles with hatred. I dislike what I make, perhaps because it isn’t good enough to compensate for my flaws. That is why I find myself defining myself by my work instead, as a human constantly doing things.

Perhaps Colbert has the best advice when it comes to getting over this need to be liked. “If some people don’t like what I do,” he said, “I don’t like that, but it’s not my problem.”

Author
Katie Liu
I'm a high school senior who is passionate about art, identity, and words. 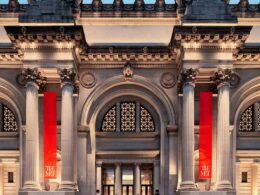