Blade Runner 2049 is a film made with extreme precision and care. From the offset, it is clear that a tremendous amount of focus went into every single element of the film as is expected when making a sequel to such a classic. The whole team clearly had their finger on the pulse of what audiences really wanted, and in an era of reboots, I haven’t seen such a satisfying sequel/revival since Mad Max: Fury Road (2015).

There is plenty to be said about cinematography and performance in the film, but I firmly believe that neither of these elements would have been half as successful as they were without the impeccable use of sound. Right from the offset, audiences are immersed, as they are not just presented with the sounds of a flying vehicle making its way through the air, but they are placed in the car, with the engine thrumming beneath them, almost vibrating the seat. They are not just listening to rain, they are standing in it, as it falls around them and on their skin. It is through this that the audience are put in the city and, in some moments, in the mind of K, the protagonist.

As K finds out a pivotal piece of information about his past, the audience in faced with nothing but a wall of deep sound and a close up of Ryan Gosling’s face. As his expression intensifies, so does the music, building and building to the point where I was expecting a jump scare or some sort of snap climax, but I was given nothing of the sort. And I’m glad for that; I wasn’t left wanting, because doing so would have only served to cheapen the moment. And yet, in dramatic fight scenes, there was no music, and that took me a moment to process.

As I said before, the use of sound gave the audience an insight into K’s mind, hence the intense noise presented when he gains information. We are experiencing this intensity with him, because as a replicant, his is unable to process emotion. He only feels a compressing, powerful force upon himself and his “brain,” rather than anger or sadness. So, as melancholy melody for the audience, we are subjected to the same experience as he is via this awe-inspiring display of sound.

Conversely, K understands combat; it is part of his programming. So there is no need for non-diegetic sound in fight-scenes, as he does not feel tension, and therefore, as the audience, neither do we. Any emotions we get from these scenes are our own, as a result of our own minds, though we do not derive emotion from the scene.

Unlike Ghost in the Shell (2017), which presents us with this future-scape and yet distances the audience from it, Blade Runner 2049 immerses the audience in our future. As K enters the ruins of Las Vegas, every crunch of his boot on the ground or wind pushing sand through the air is felt. In the city, the people, the cars and the advertisements are all expertly recorded and mixed into the mise en scene to the point of being inescapable. You must experience the world K lives in to understand his motivations. You are able to connect to him in a way you can rarely connect to any other “robot” on film. It is this amount of dedication and care that made Blade Runner 2049 an experience, not just a film.

Marvel’s Thor Ragnarok Lacks A Lot of Substance: A Review 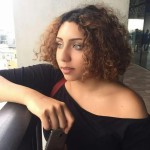