2018 has brought quite a few good scares at the box office. With box office successes such as A Quiet Place, Hereditary, and The Nun, it’s impressive how much money this genre makes whether or not critics and audiences like it. Some viewers, however, feel as though they are being cheated upon watching a poor quality film with so much hype around it. It always begs the question: what makes a movie so successful despite it not satisfying the majority of audiences?

The answer to that is simple: their marketing and promotions of these productions are by far more superior and original. Here are a few examples of how horror films are sold.

A24 is a low budget movie company that has been attracting a lot of buzz recently, especially since its film Moonlight won Best Picture at the 2016 Academy Awards. They have become masters in selling audiences “art house” horror films, a sub-genre of horror films that branches away from traditional slasher films and jump scares… and it works. A24 rarely gets wide theatrical releases of their films, so a majority of them are presented at film festivals months before its theatrical release.

In 2015, A24’s trailer for The VVitch debuted, and within it boasted the title of best director at the Sundance Film Festival as well as quotes such as “A nightmarish picture that will make your blood run cold.” The trailer also teases images of suggested violence and dark imagery, but if you have ever seen the actual film, it’s quite the opposite. What you get instead is a family drama based on religious superstitions with some Edgar Alan Poe-esque visuals. The film is by no means bad, however, A24 promises more than what was actually delivered and audiences were not pleased.

Movie poster for It Comes At Night creds: A24

Last year A24 released a trailer for It Comes At Night with the tagline “Fear turns men into monsters.” A poster for the movie was also released of a simple photo of a dog in the woods facing nothing but darkness. Immediately viewers are curious to know what the movie is about; the dog looking at nothing with the impression of something is there, and the title within itself makes people wonder what really comes at night? It was largely talked about since not many details of the movie’s plot were known outside of film festivals, which made the public more intrigued to pay money and find out themselves. What we are given is the looks of a good monster horror flick like A Quiet Place, but again that’s not what we got.

*MINOR SPOILER ALERT* If you actually have seen the movie, most of the creepy imagery and “horror” that is in the film is actually within dreams, not actuality, which could be another disappointment for some viewers. And the audience reviews majorly reflected that because they were mis-marketed. *END SPOILER ALERT*

Negative audience reviews of It Comes At Night via Rotten Tomatoes

However, the most talked about movie of the year so far goes to A24’s most recent horror film Hereditary, which came out in the summer of 2018. It is also one of the few A24 films to get a wide release and is now currently the highest grossing A24 film, thanks to its genius marketing.

First, they took their movie to Sundance Film Festival to expose it to multiple critics, whose early reviews they used in the movie’s marketing. Because their movies are made on relatively low budgets (Hereditary, for example, had the budget of 10 million dollars), their enticing campaigns make it guaranteed for them to make their money back on opening weekend at the box office. Hereditary received 13 million in its opening weekend, eventually ending up with a worldwide gross of over 70 million dollars, which is 7 times more than their estimated budget. They probably could care less about if audiences hated the movie because it sells well. Their budgets stay low, but the theaters willing to show their work are increasing, capitalizing on their profits.

It’s a clever tactic because it’s worked consecutively over the past few years. Hereditary boasted “This generation’s The Exorcist, but the heads will spin more savagely” and that it “grips you with real horror, the unspeakable kind,” but it seems that not all moviegoers actually agree with such claims. By now everyone already anticipates the tropes and cliches in modern horror films, however, Hereditary was not one of them. It was a refreshing take on the genre with such originality, yet audiences who expect to see modern horror tropes feel cheated, which explains the negative reviews.

Left to right: Milly Sharpio, Toni Collette, Gabriel Byrne, and Alex Wolff play a troubled family in Hereditary with a dark past that will haunt them all. Photo Credit: A24

Hereditary received a D+ on Cinemascore; however, it’s currently 89% fresh on Rotten Tomatoes, highlighting the contrast between critics and the general public, which also makes others who haven’t seen the movie yet more inclined to do so. This could potentially hurt A24’s marketing campaign because it’s now their go-to money-making tactic. People will eventually catch on when they see that A24 is producing the “scariest movie of the year” every other year or so and piece together as to why they say that. It’s a slippery slope, but in the meantime, it’s working.

The Nun is another horror movie that came out during the summer of 2018, which also had very great marketing. In contrast, The Nun was produced from blockbuster company New Line Cinema and distributed by Warner Bros, which means they had a lot more money for their marketing campaign and a higher budget for the film itself. This movie received very mixed, mostly negative reviews, yet they took a different approach to get people to see the film.

Due to the success of their marketing, The Nun became the highest grossing movie in The Conjuring movie universe. Between Snapchat stories there was an ad for the nun which at first is a black screen with the volume icon displayed. It creates the illusion that the user accidentally hit their volume button before suddenly, a demonic nun screams through the phone. This ad also played before some Youtube videos, which resulted in a lot of backlash.  Youtube had the advertisement banned because it violated their shocking content policy for being “too scary.”

That may seem like its a bad thing, but it’s the perfect opportunity for them to use it to their advantage. Calling an ad for a horror movie “too scary” to show to the general public would make the curious want to watch the film ten times more so than before. These companies thrive off of having their films talked about by becoming more creative and controversial. People watch a scary movie to be scared; these companies see the opportunity to say that even their ads are “too scary,” and immediately jump onto the idea to create media buzz.

Although this isn’t a movie, the anthology series American Horror Story is another prime example of genius horror marketing. Every year, the show releases many creepy teaser videos that give hints to serious plot points without explicitly stating them. Then, when you actually watch the show itself, the teasers that you watch beforehand begin to correlate to the story. These teasers are all different and very jarring for people to see. One could tell how dark or violent the new season of AHS will be by observing these teasers, which then creates excitement with how producer Ryan Murphy is going to connect it into the show.

In 2016, Ryan Murphy created even more buzz by stating that the theme of the show’s 6th season would be a complete mystery and would be announced on the show’s season premiere date. After that announcement, the teaser trailers for the show were released. They were all completely different without any correlation, and only ONE of the several teasers would relate to the theme, which left people guessing in anticipation. One teaser, for example, showed an alien abduction, which could’ve suggested a sci-fi season; another showed a secluded house that suggested maybe it’ll take place on a farm. Each teaser is equally creepy, creative and brilliant into getting others to find out what the story has for them.

Lastly, some horror movies market their films to be “based on a true story” to make people think it’s scarier because its real. The Conjuring was very effective in this story narrative, which then created the basis of an equally successful sequel and four spin-off movies that are all also loosely based on “true” events. Cannibal Holocaust and The Blaire Witch Project also gave a realistic approach with being the first found-footage horror movies, giving a sense of realism that scared audiences back in the early 90s. Cannibal Holocaust, which is now one of the most banned and controversial movies in all of cinema history took the tactic of actually hiding the actors who starred in the movie after its release. People actually assumed that the footage was found and that the people in the movie were actually murdered. This led to the director and writer of the film to be arrested, until they brought the actors out of hiding to prove their innocence. The Blair Witch Project  did something similar by with missing people posters of the unknown actors of the movie as well as a website, asking the public to find them. After people saw the movie a lot of them genuinely believed what they saw was real, and that these posters and websites were anything but fiction.

Fake missing person posters were used to get audiences to believe the events of the movie The Blaire Witch Project were true, making the movie scarier and more realistic in a viral campaign strategy. Photo Credit: Haxan Films

Regardless of the audience, horror movies are pretty impressive in being able to create an audience in the first place. Their shock value and originality presents such a contrast to traditional movie marketing, there’s a reason why a lot of people line up opening nights to go see them. No matter how bad a horror movie is, movie companies will continue to come up with new, creative ways to sell moviegoers tickets.

‘Captain America’ Chris Evans Is Hanging Up His Shield 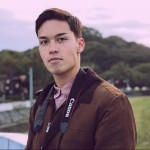