The 13th of June, I went to a march outside of the Congress of the Argentine Nation where 255 deputies were gathered to vote for the bill that would decriminalize abortion. The area was divided in two: The “ProVida” side, that’s represented by the color blue and it’s against the legislation and the “ProLegislation” side that’s represented by the color green and wants the bill to be approved. After over 22 hours the official results were in: 129 in favor, 125 against it and 1 abstention. The bill was now passed to Senators, who will vote soon. The win for the Argentine movement inspired women across Latin America, specifically in Mexico and Colombia, to continue fighting for this right. This are some of the pictures I took just hours before the resolution was announced.

Sign reads: “Don’t get an abortion if you don’t agree with it but DON’T make that decision for someone else #LegalAbortion”

Sign reads: “The hangers for the dresses, the abortions legal and assisted”.

Sign reads: “Legal abortion for ALL IDENTITIES that COULD become pregnant”

Sign reads: “Your moral against # safe, free and legal abortion is stained with clandestine blood. We want to decide, it’s a right.”

Sign reads: “In the hospital they deny it to us and without grief they bury us”

In this article:argentina, buenos aires, legal abortion, march
Up Next: 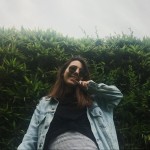